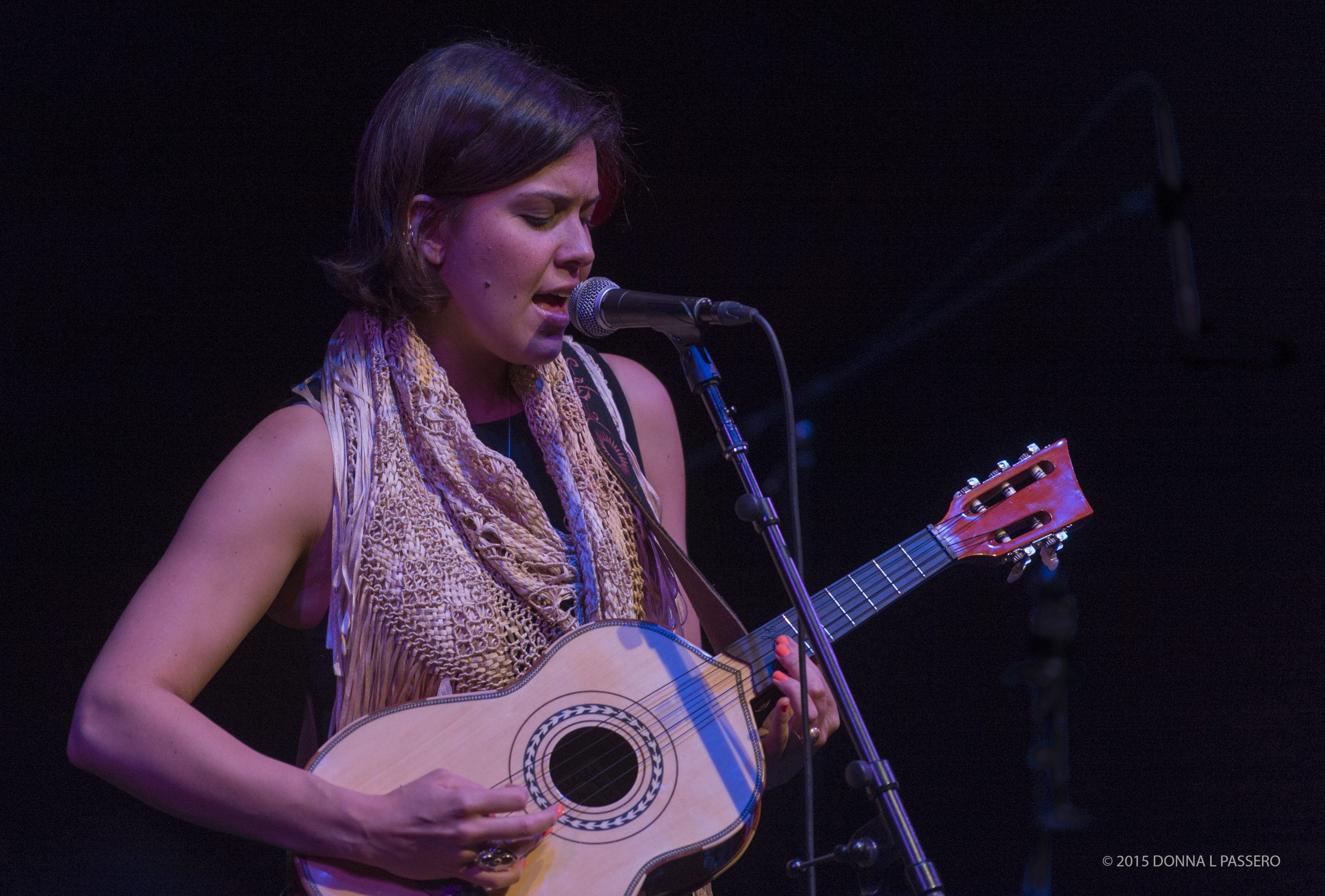 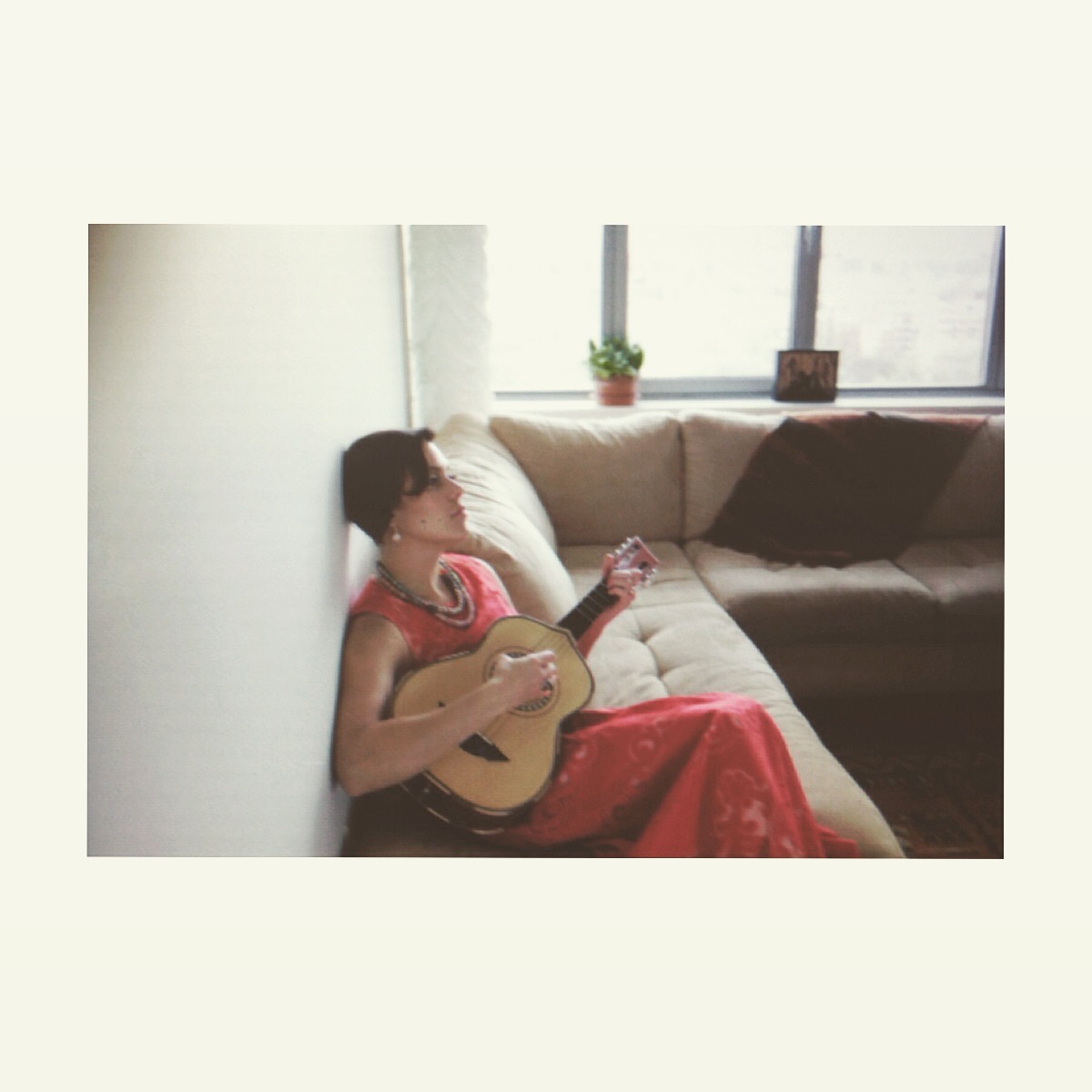 Bio: Take Norah Jones’ tone, Fiona Apple’s growl, and Ani Difranco’s honesty –  and you’ve got Aly Tadros. The NY-based songstress has performed over 800 shows worldwide since her 2009 debut. Her unique folk-stylings can be traced everywhere from her Egyptian roots, to the H. Jimenez vihuela she uses on stage. Aly has been featured in USAToday.com, Interview Magazine, Paste, MTV Buzzworthy and TEDxYouth. She is currently recording her third album.

When Aly Tadros was offered her first paid gig, she had three original songs under her belt. The set time called for two hours.

She took it anyways.

Six years and over 700 shows later, that gutsy attitude has defined Aly as an ardent and auspicious voice among young singer/songwriters. Spacious and melodic, salty and moving, her classical guitar writhes in a fusion of Latin, Middle Eastern, and American folk and pop.

“Her guitar writhes on the floor of the mind, haunted by the honesty of her lyrics” – USATODAY

An early interest in travel led Tadros to leave hometown of Laredo, Texas at age 17, moving between Turkey, Spain, and her father’s native Egypt. Immersing herself in Spanish, Turkish and Arabic language studies, she developed a keen ear for contemporary and traditional world music.  The San Antonio Current attributes Aly’s unique folk-stylings to her extensive travel, calling her “born to fingerpick and execute a perfect Cuban clave…a musical sponge that absorbs everything she hears wherever she goes.”

That unique folk-stylings can be traced everywhere from her Egyptian roots, to the instruments she uses on stage.  While living in the Mexican state of Jalisco, Tadros set out on a 15 journey across the mountainous terrain to Paracho, Michoacan to purchase an authentic traditional vihuela.

“By the time I was done traveling, the most obvious choice was to study politics and claim my place as the backseat dreamer,” Aly recalls.

But by her second year at Sarah Lawrence College, Aly was spending more time behind her guitar than her textbooks.

“And then one night, as if a switch went off, I realized school wasn’t for me. Instead of cramming for a final, I wrote my first song.”

From there, Aly made her home in Austin, TX; dedicating her time to songwriting and live performance. She released her first two albums, Things Worth Keeping (2009) and The Fits (2013), produced by Duane Lundy (Jim James, Ben Sollee, These United States) in Aug 2009 amidst international tours.  To date, she’s completed ten US and three European tours – spanning 35 states, Switzerland, Germany, Italy, UK, Ireland, Canada and Mexico.

“Of the dozens of vihuela’s I’ve sought out over years, the H. Jimenez model immediately stood out. It’s sturdy enough to handle my busy touring schedule, but most importantly – it sounds incredible.”