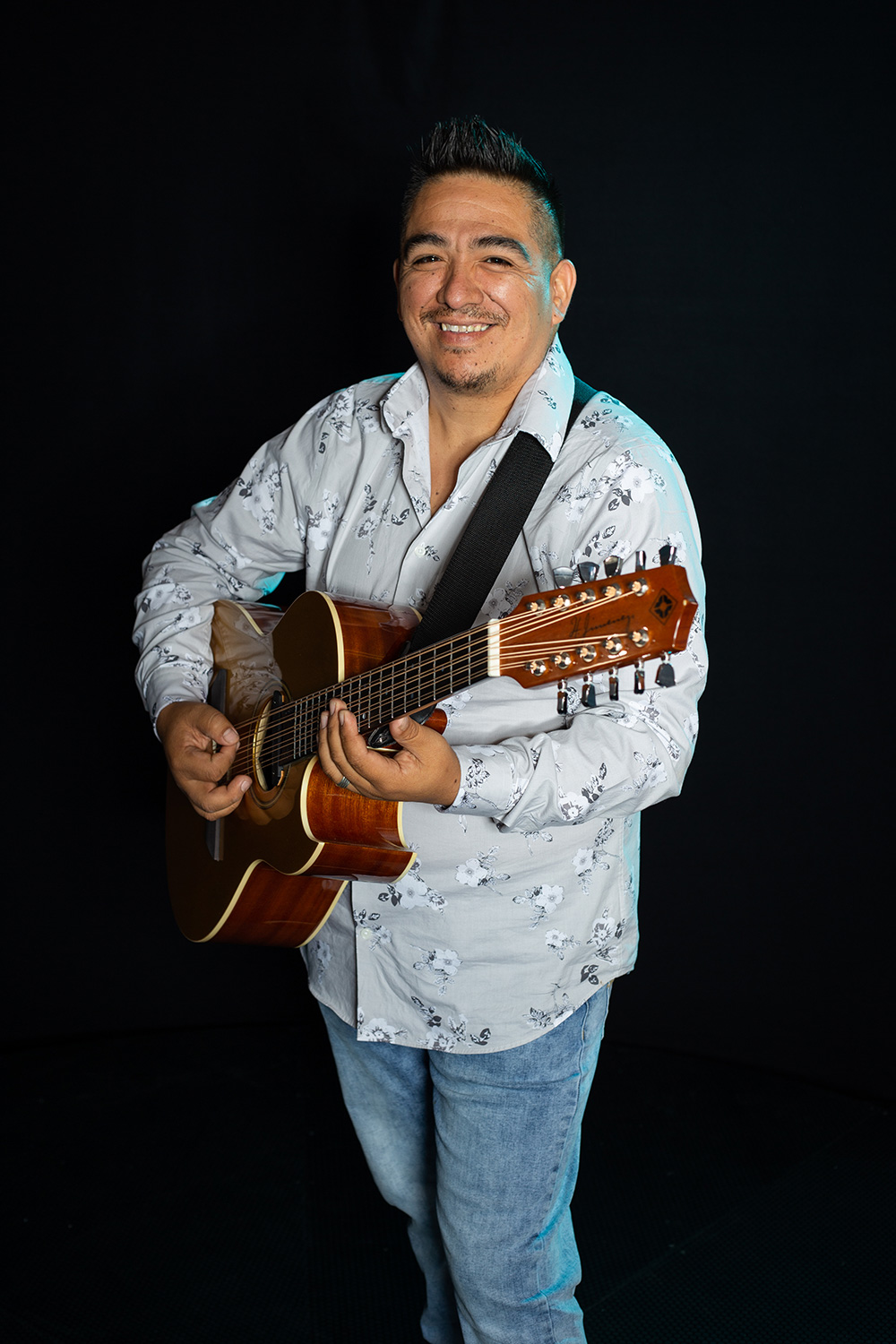 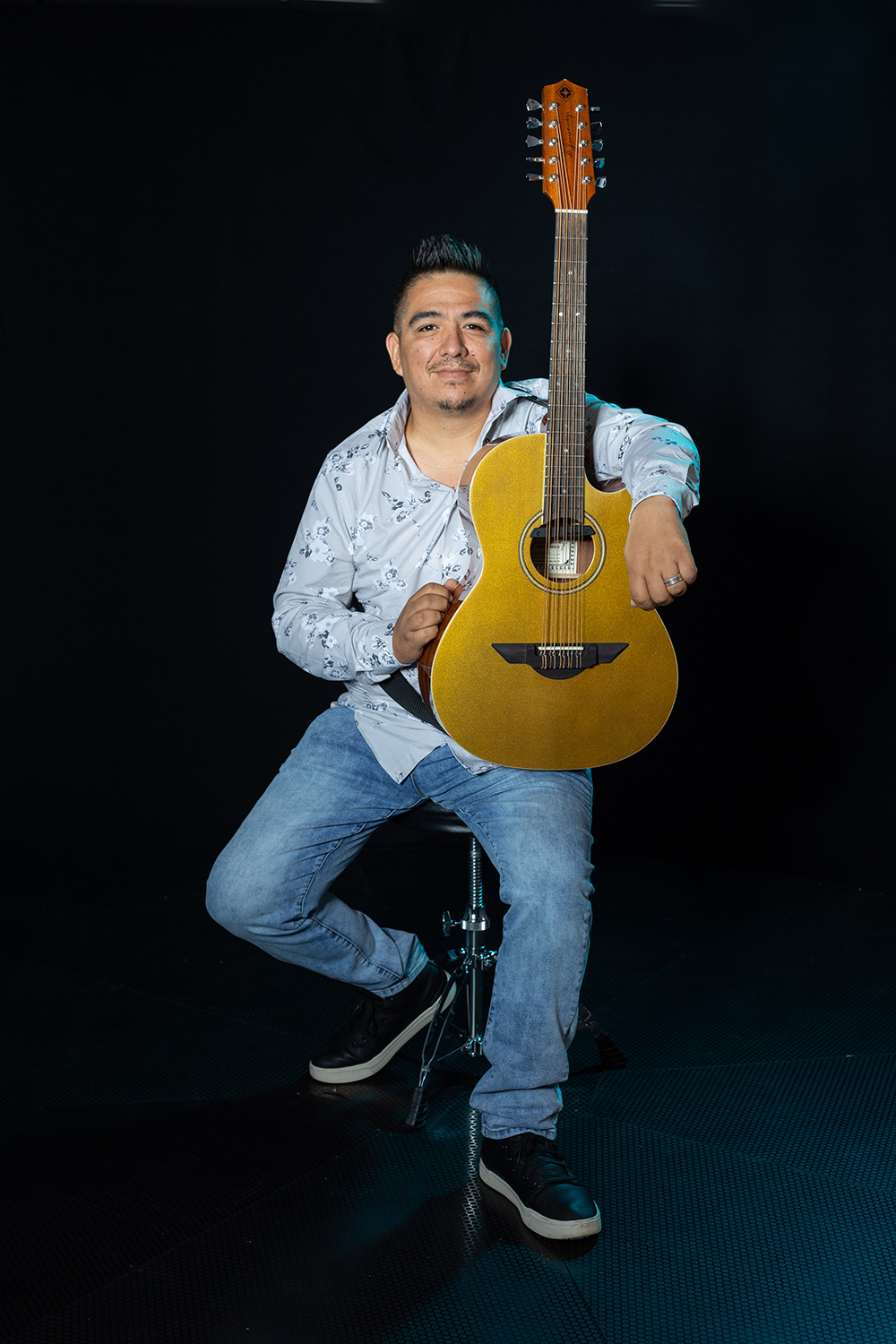 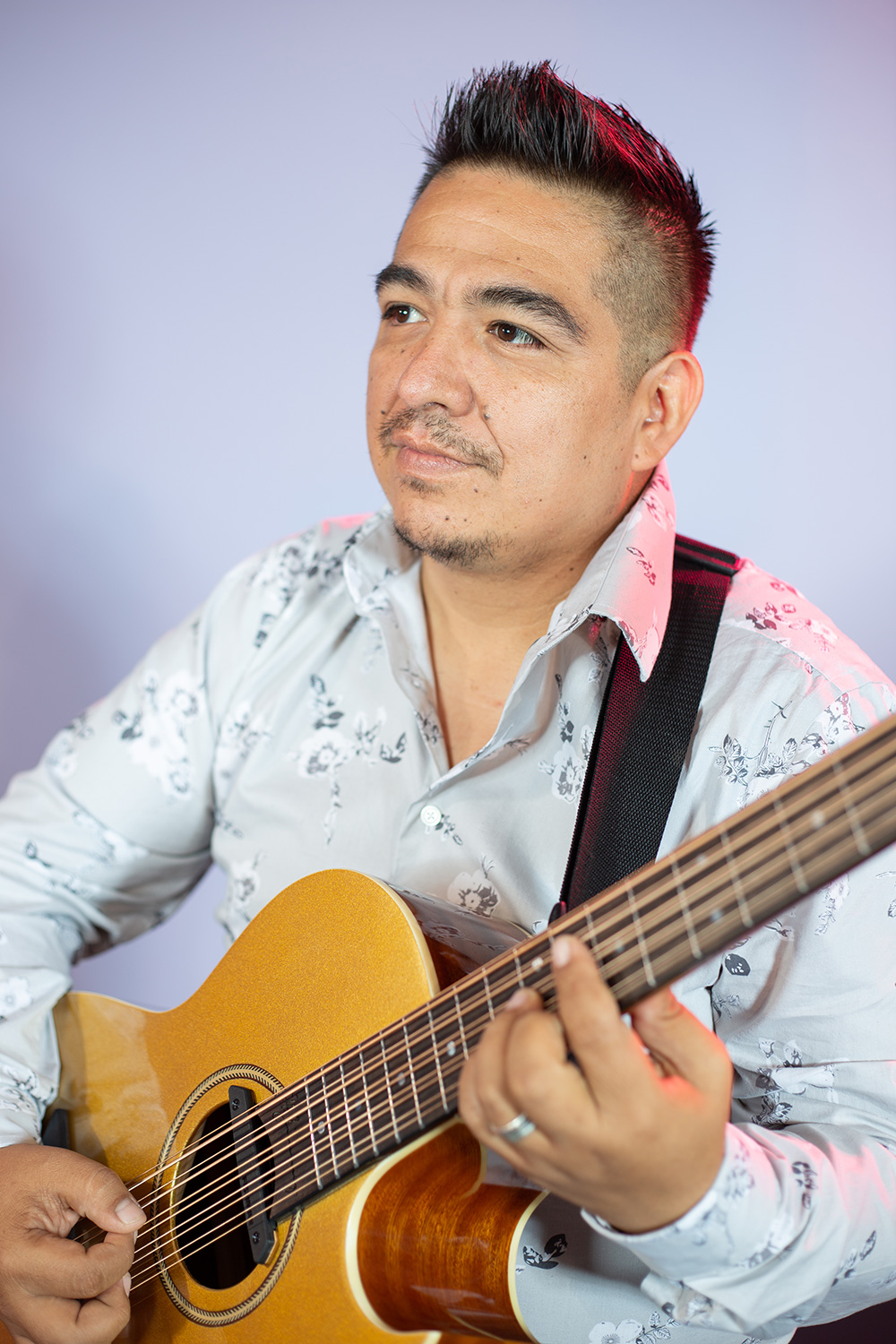 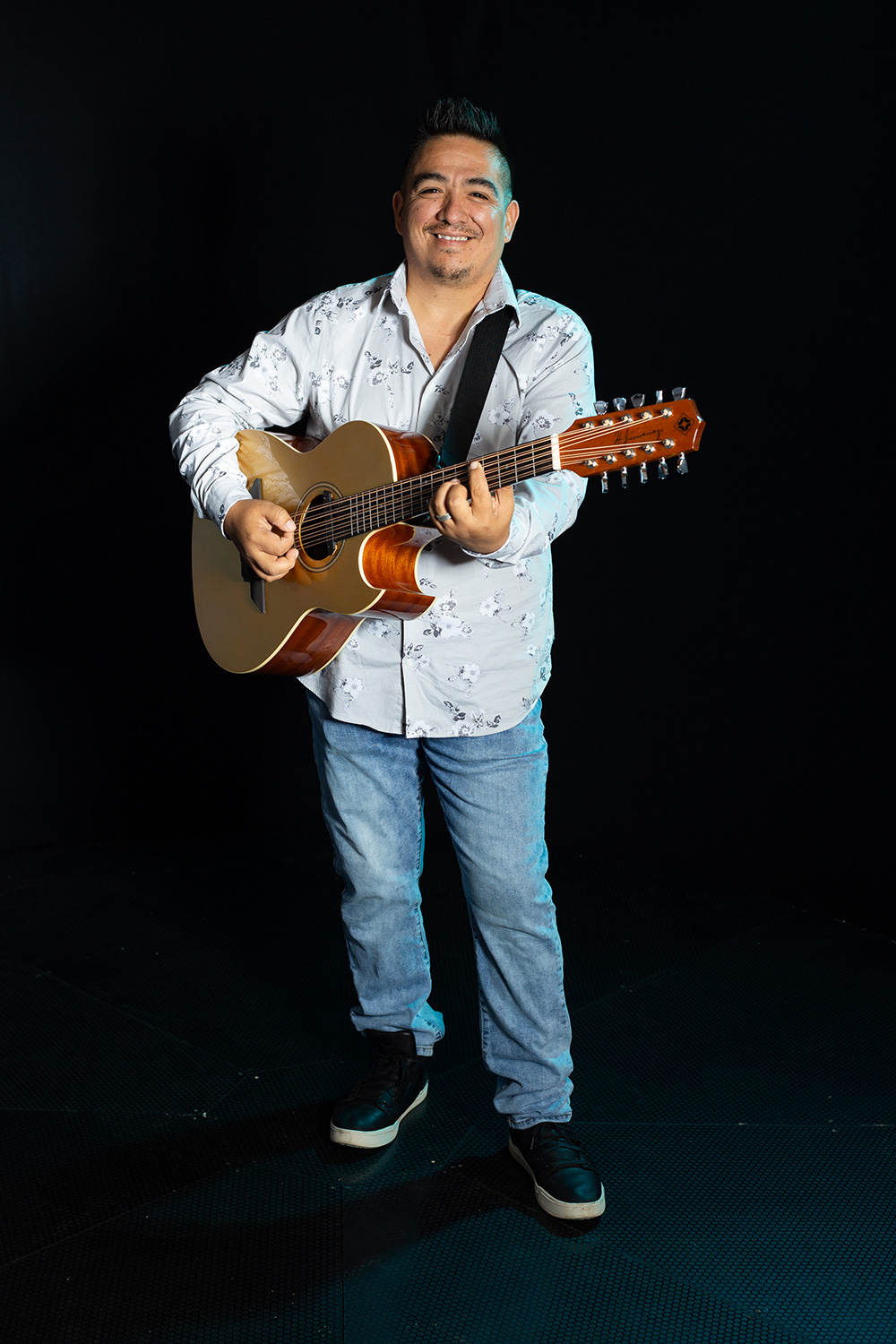 Bio: Eddie Perez is a Grammy Nominated instrumentalist and producer. Applying the bajo sexto to a surplus of musical genres was his “foot in the door” before making similar contributions on guitar, bass, accordion, and vocal harmonies. From forming his own group to his studies in audio engineering, Perez has become a valuable resource in the Tejano, Norteño, and Conjunto markets.

In pursuit of a music career, Perez left his hometown of Chicago Heights, Illinois at age 16 to live with his extended family in San Benito, Texas; a town best known as the birthplace of country legend: Freddy Fender. Eddie Perez caught the ear of Sony Discos artist Fama in 1998. After touring with them for 3 years, Perez joined vocalist Eddie Gonzalez at the height of the artist’s popularity. Perez’s first producer credit was Gonzalez’s 2003 Grammy-nominated album: “Un Poco De Cambio”.

With new-fashioned notoriety, Perez found himself in high demand. He toured much of the U.S. and Mexico with many distinguished artists that include Tejano staples: Emilio Navaira, Joe Lopez, and Bobby Pulido. During this time, Eddie Perez took part in many studio efforts. The Recording Academy recognized 15 of those albums with nominations. Perez took home a Grammy for Emilio Navaira’s “De Nuevo” in 2008, followed by a Latin Grammy in 2013 for David Lee Garza’s “Just Friends”.

In 2009, Eddie Perez co-founded the band, La Calma. Perez serves as the producer as well as an official band member. The Norteño/Tejano hybrid nabbed Best New Artist at the Tejano Music Awards in 2013. The band’s most modern work is a collaboration with renowned vocalist Stefani Montiel. Perez’s involvement with the contemporary sound is facilitated by his credits as producer and arranger for Latin sensation AJ Castillo and his contributions on bajo sexto for the solo project of Sting’s accordionist Percy Cardona.

Perez’s accomplishments came to a crescendo in 2018 as he was inducted into the Tejano Roots Hall of Fame. As a token of his gratitude to the culture, Perez proudly gives bajo sexto and accordion lessons to kids and young adults in New Braunfels, Texas where he currently resides. With a music academy in the works coupled with his operations in touring and production, Eddie Perez aims to inspire future generations while continuing to be a rewarding asset to the music industry.