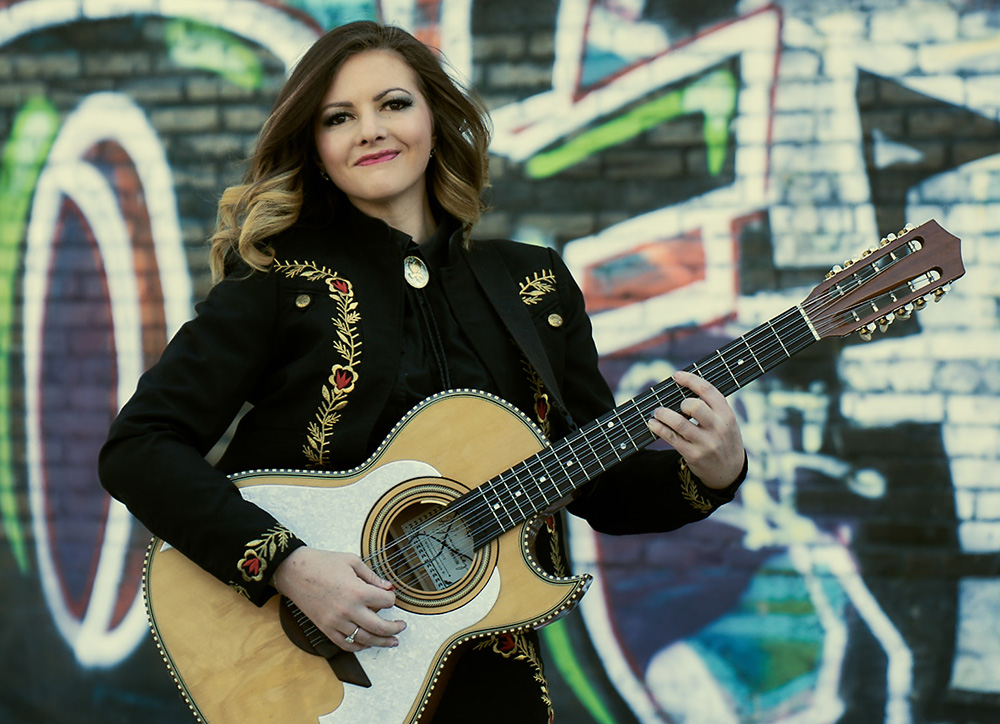 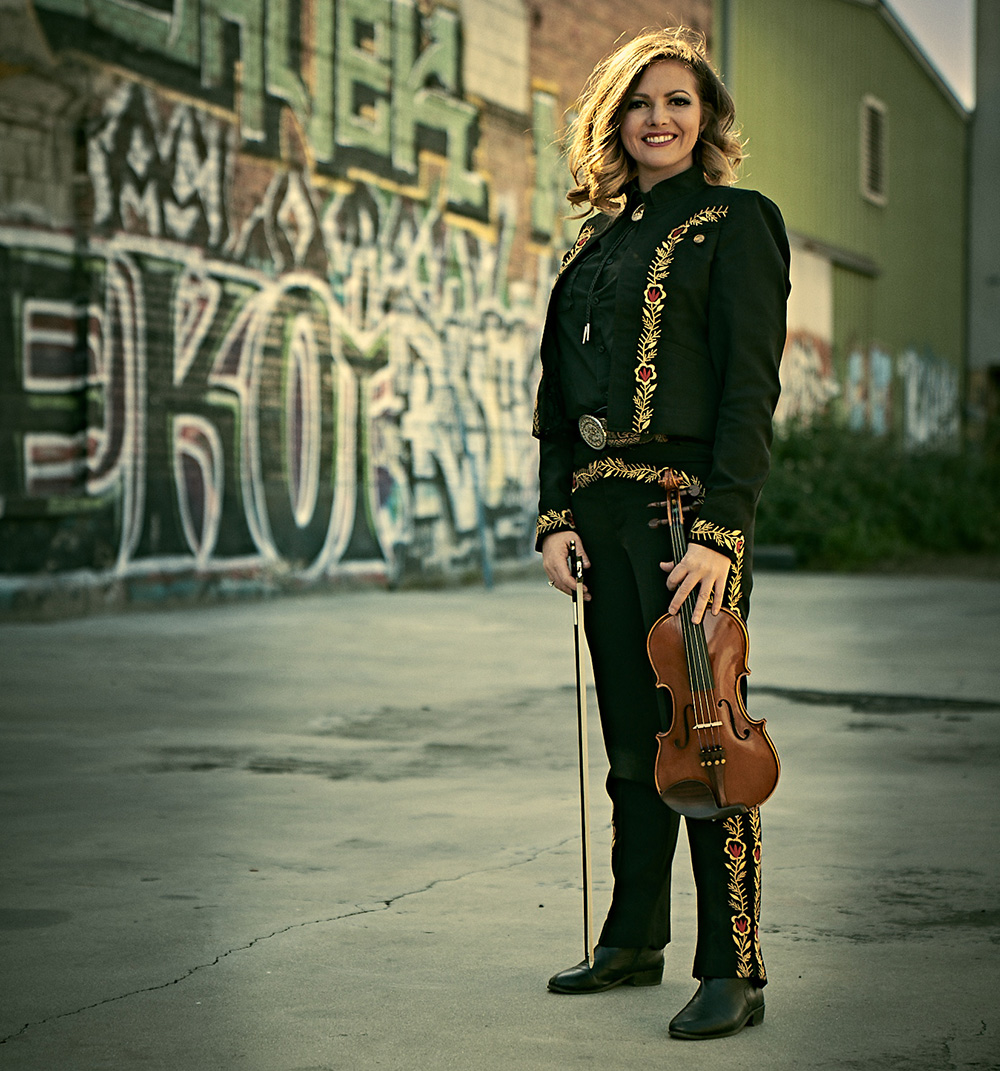 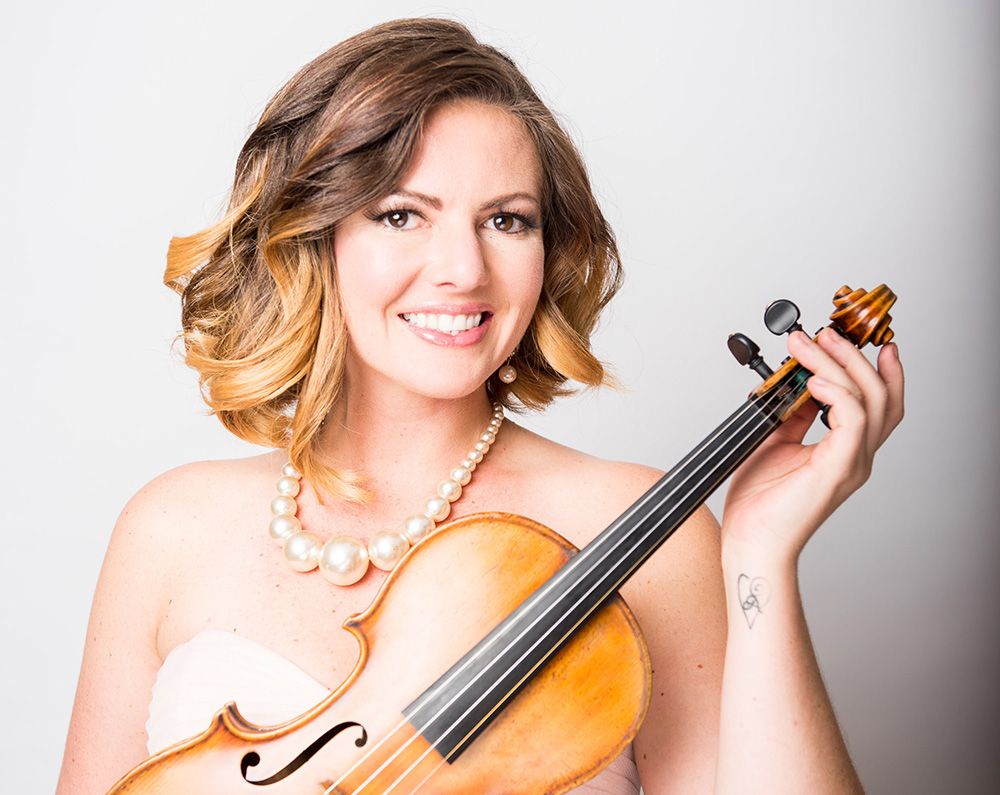 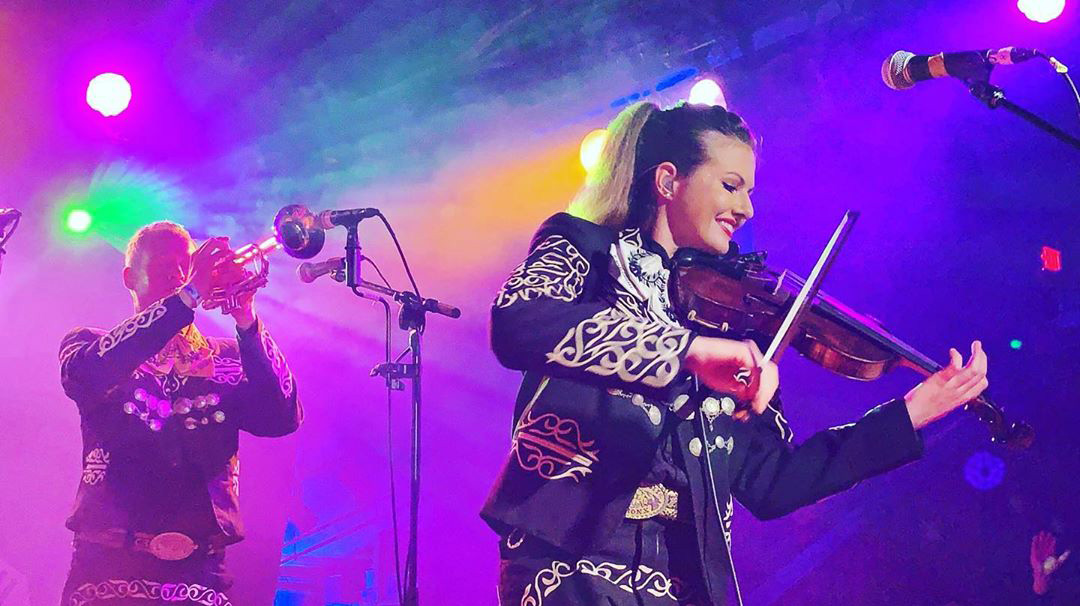 Bio: Violinist Rebecca Schlappich has been traversing the world for the past decade, exciting audiences from the orchestra and center stage alike. Classically trained at Manhattan School of Music, Schlappich has since demonstrated a penchant for the spirited edge of rock and pop. Over the course of numerous tours of North America, Europe and beyond, Schlappich’s work as a symphony musician and a stand-out rocker is performative, current and versatile.

As a touring musician with Mariachi El Bronx, Ben Harper and the Innocent Criminals, and The World/Inferno Friendship Society, Schlappich has rocked halls from Los Angeles to Berlin. Her classical background no less outstanding. The Manhattan School of Music graduate is an active member of Distinguished Concert International New York, and her engagements with New York’s Camerata Orchestra have garnered praise as “impactful, physically potent” (Harris Goldsmith, Opus, High Fidelity, Musical American Worldwide), 2012.

She has appeared on The Late Show with David Letterman and on Conan, and has performed with the Garden State Philharmonic, the Camerata New York Ensemble, the Mimesis Ensemble, as well as the Reading and Norwalk Symphony Orchestras—both abroad and in some of America’s most revered venues, such as Carnegie Hall, Lincoln Center’s Avery Fisher Hall, and the Whitney Museum.

The marriage of these dual disciplines is most apparent through Schlappich’s studio appearances and her ongoing commitment to music education and mentoring. She is honored to be a participating member of Cultures in Harmony and has had the privilege of working with musicians and members of the community in Cameroon and the Philippines through the organization.

“I’m so happy to play my El Murcielago Thin Line Bajo Quinto! The size is perfect for me, while still maintaining all the depth of sound and character of its full-bodied cousins. It’s a pleasure to play on stage and cuts through the amplification of the other instruments while still blending perfectly. Thank you H. Jimenez!”