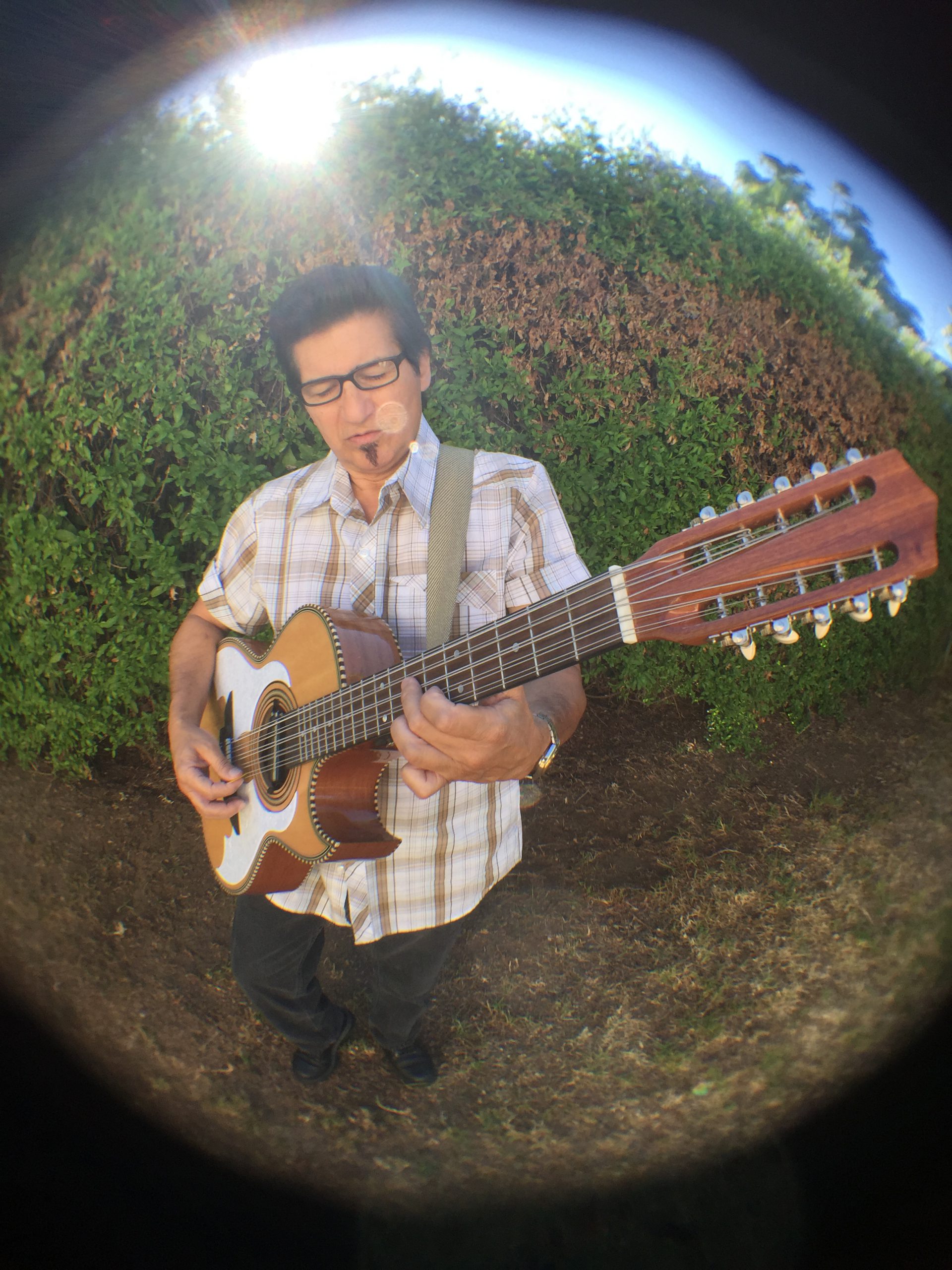 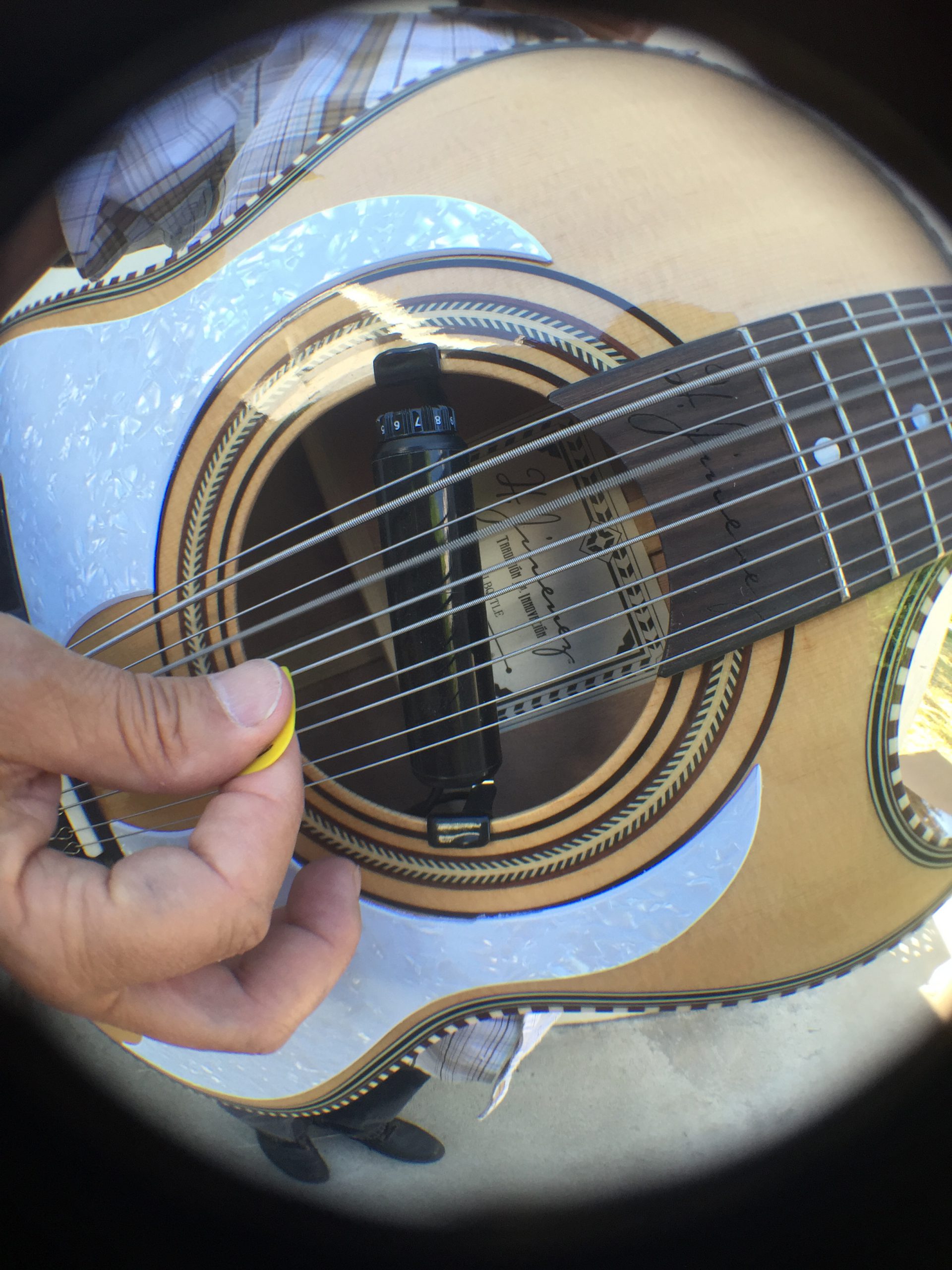 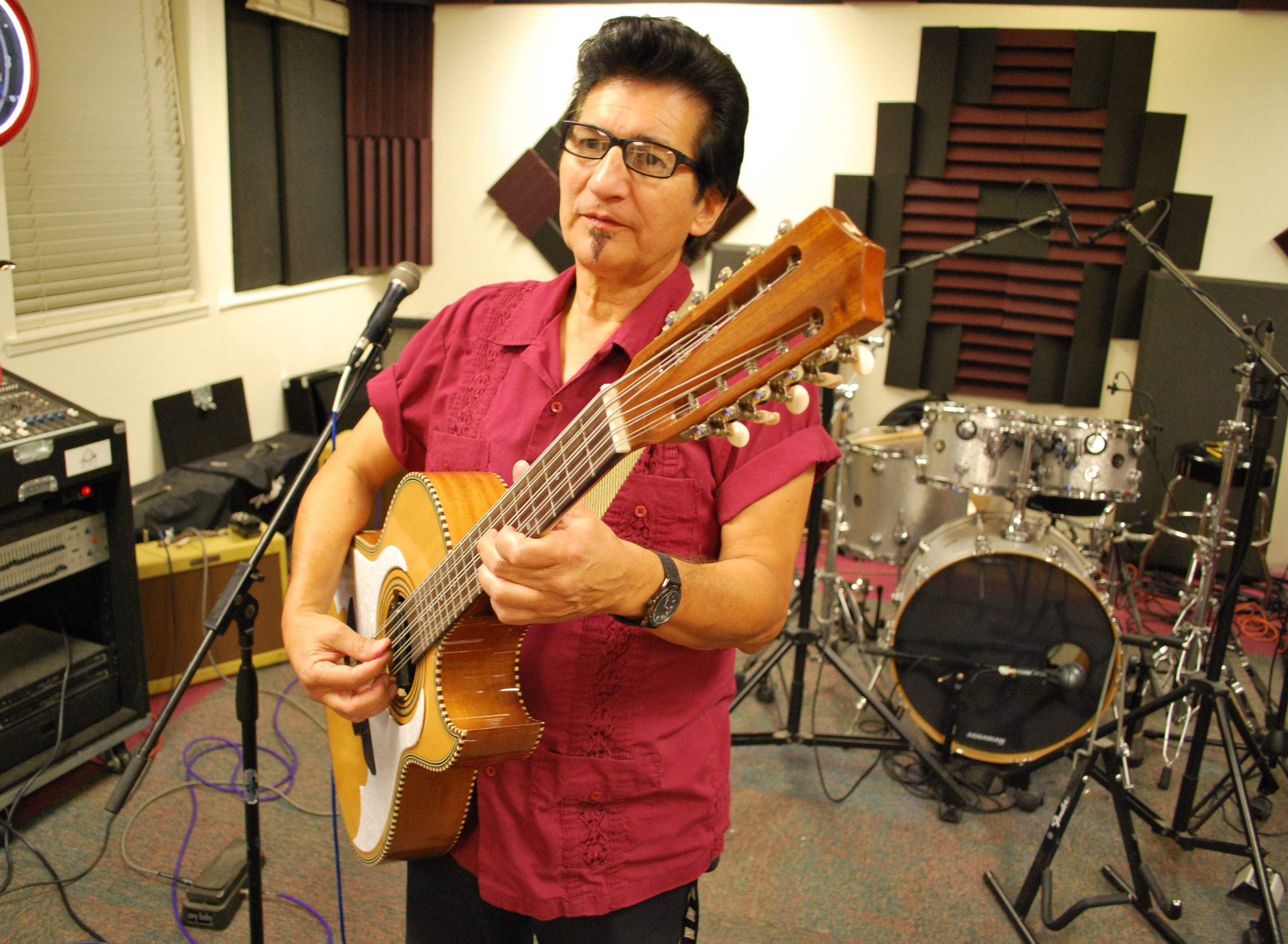 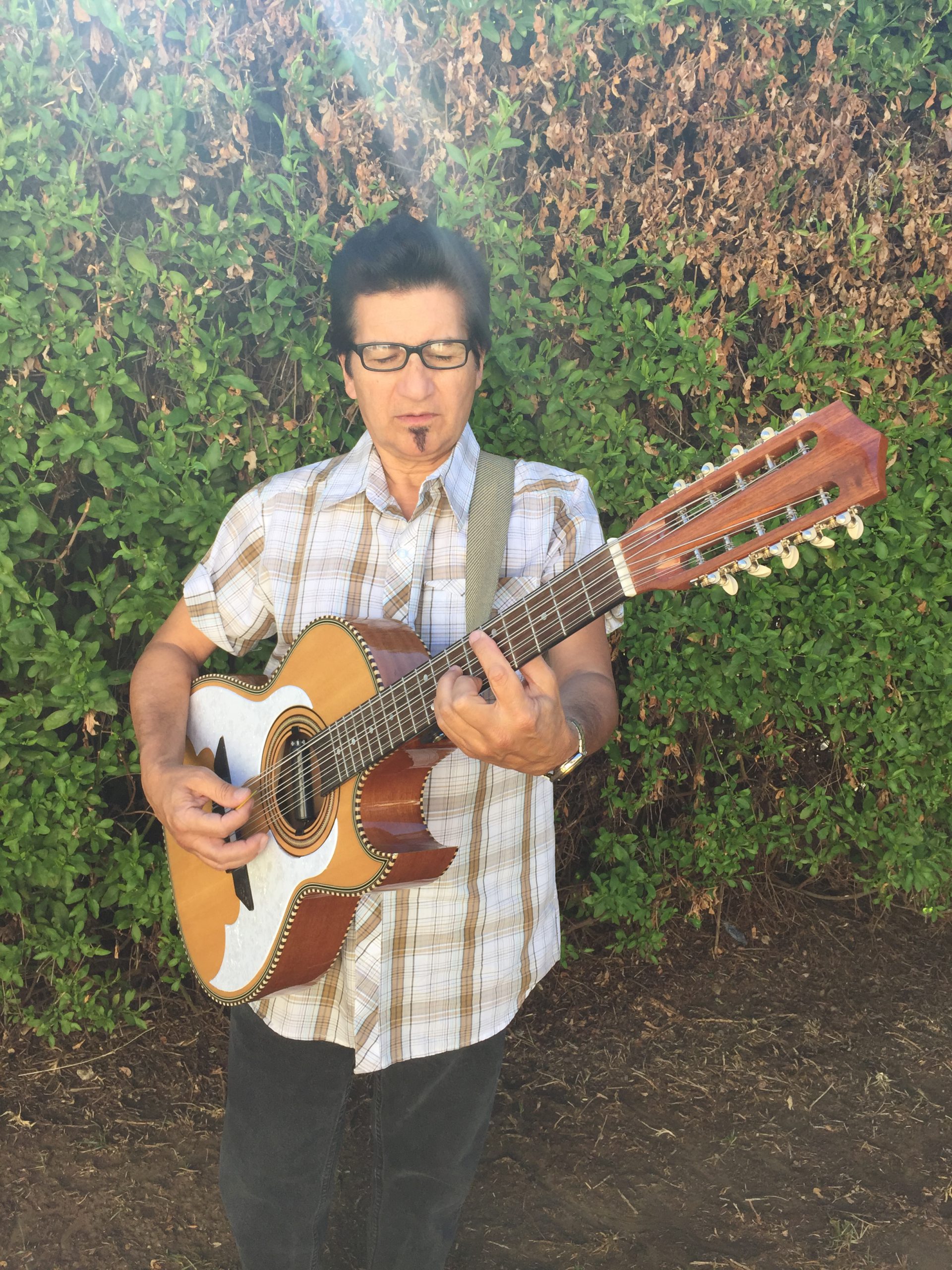 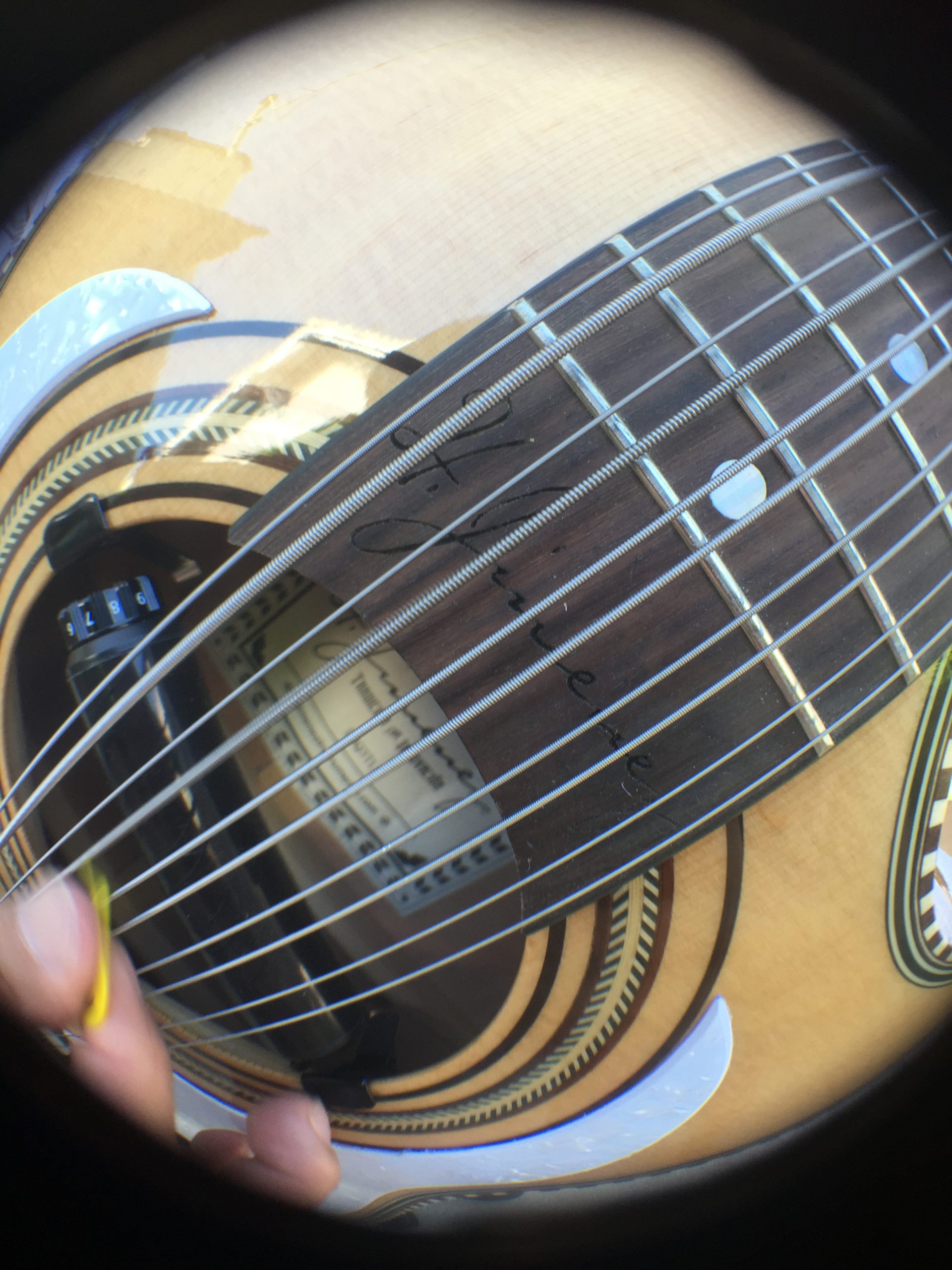 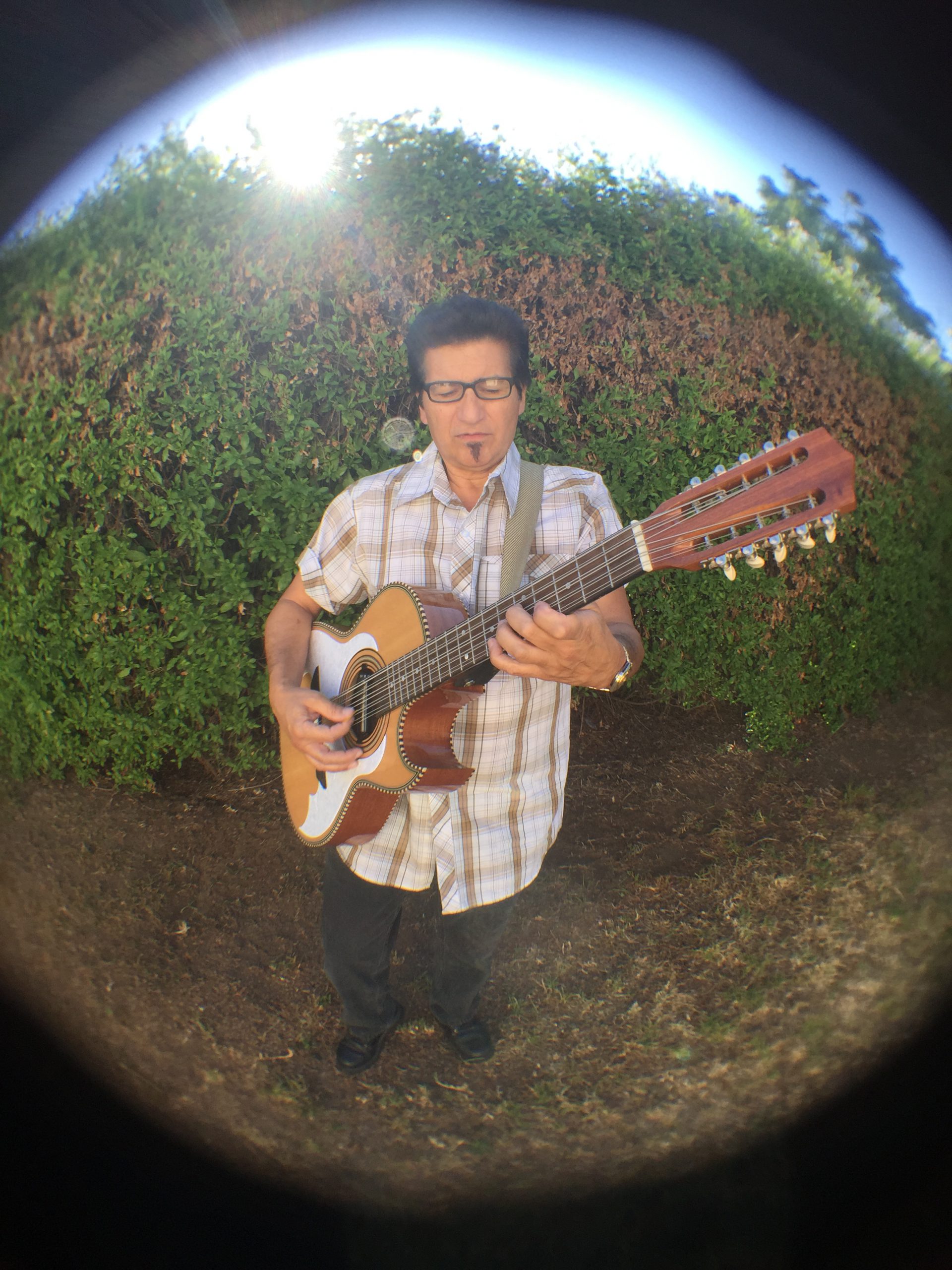 Bio: As co-founder of “The Blazers” Ruben Guaderrama was instrumental in bridging the gap of genres by blending Rock & Roll, Rhythm & Blues, Cumbias, Boleros and every sound they could get their hands on to fuse together a signature sound.
Four albums were recorded under the support of Rounder Records, the first one released in 1994. The Blazers then did two albums for Little Dog Records, all the while continually touring the U S and Europe in support of each albums release. The Blazers are still a force, even today and play notable occasions that require their genre fluid talents.
Ruben is more recently enjoying playing similar music with Los Fabulocos and Los Pistoleros, playing guitar, Cuban Tres and Bajo Quinto. With H. Jimenez instruments, Ruben has found what he’s been listening for.

“I love H. Jimenez Instruments! My Bajo with the cutaway has great natural tone, and with that Pick-up it makes any stage come to life. It’s a high quality instrument with such ease of playability.”